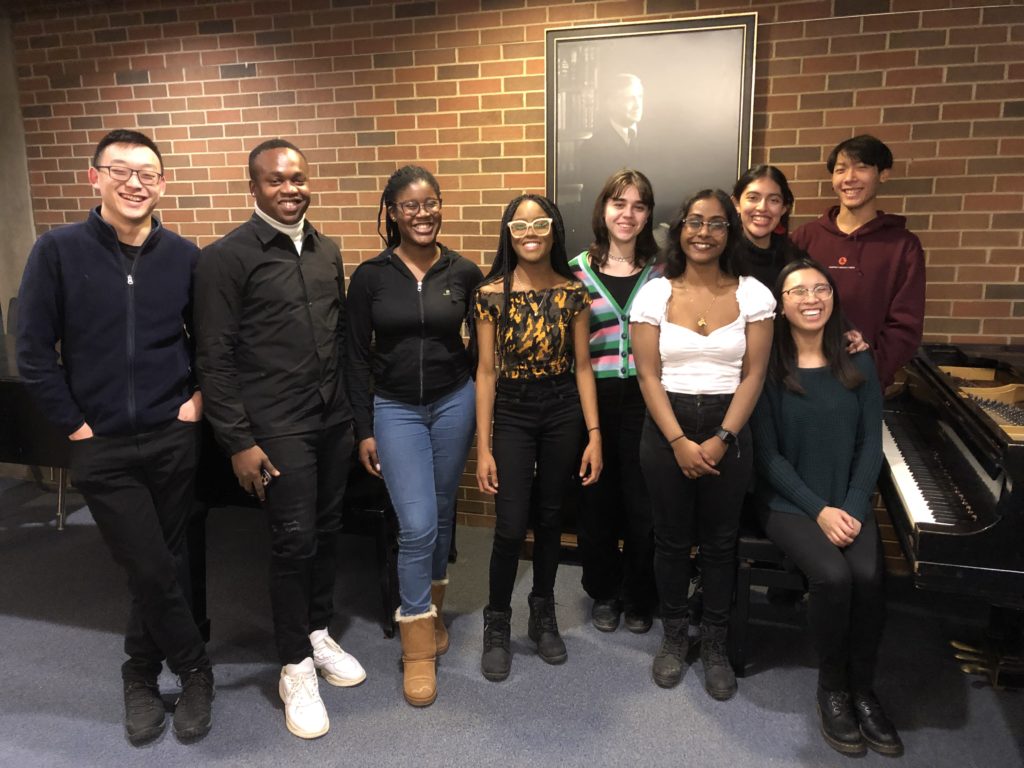 Performers and students who attended the concert

The concert was planned and organized by a team of McLaughlin’s first-year students who came together to form the McLaughlin College Music Society, which is dedicated to supporting, organizing, and promoting musical activities for the benefit and pleasure of all members of the McLaughlin community. 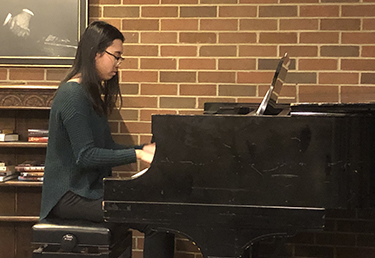 Czarina Puri performs as part of the Freshers Concert

The Freshers Concert program featured two talented first-year students at McLaughlin College: Czarina Puri, who is currently a sociology major; and Otiona Oputu, a criminology major. Puri played the piano and performed two numbers: Billy Joel’s “Vienna” and “Man in a Movie” by the band DAY6. While Oputu sang two songs: “Never Enough,” from the movie The Greatest Showman, and “Rise Up,” by Andra Day.

“Both performers gave marvellous performances that left the audience wanting even more. It was an auspicious start to the Freshers Concert that will be held as an annual college event,” said McLaughlin College Head, James Simeon, who noted the concert provided an opportunity for first-year students to showcase their musical talents and abilities beyond their respective fields of study.

“McLaughlin College has a remarkable musical foundation and history,” said Simeon. “Our very first Master, as he was then called, of McLaughlin College, George Tatham, was not only a distinguished geographer and academic administrator, by profession, but, also a highly accomplished pianist.

“During his day, Master Tatham invited the Department of Music to be housed in McLaughlin College and provided a number of practice music rooms, each equipped with its own piano, for students to play their instruments and to practice their music,” said Simeon. 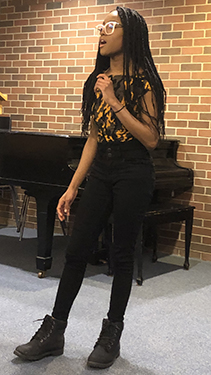 Music is part of the DNA of McLaughlin College, said Simeon, noting that music goes back to the 1968 founding of the college at York University. Over time, McLaughlin College has attracted celebrated Canadian jazz pianist, Oscar Peterson, a former Chancellor of York University, and Canadian jazz vibraphone player, Peter Appleyard, among many others.

“The time has come to revive and to continue our college’s exceptional musical heritage,” said Simeon. “This is why McLaughlin College has supported the establishment the McLaughlin College Music Society, that not only planned and organized the Freshers Concert. In addition, we are also supporting our Mc

Laughlin College Community Choir (MCCC). They have already given three public performances and is looking to hold two more performances before the end of the winter term.”

All students at McLaughlin College and York University are welcome to participate any of these new initiatives, said Simeon. For those who are interested in getting involved with the music society or community choir, no auditions or any previous musical experience is required.