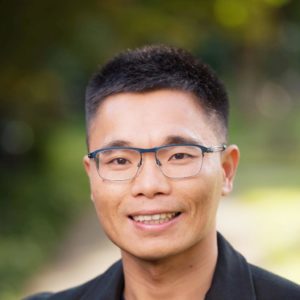 How trusting are you? Your level of trust in strangers often indicates a higher quality of life for you and for the society you live in, but what if you move from a high-trust society to a low-trust one? New research out of York University looked at how stable that feeling of trust in strangers is throughout one’s life.

It turns out, whether you grew up in a low- or high-trust society, you are more likely to hang on to your predisposition of trust or distrust. With trust comes an expectation of goodwill from strangers.

“Your level of trust stays fairly stable throughout life no matter where you come from or move to,” according to Assistant Professor Cary Wu in the Faculty of Liberal Arts & Professional Studies.

He looked at how trustful Canadians are as they move about the country.

"Most people who have high levels of trust are better off financially, are happier, healthier and tend to live longer," Wu explained, "whereas more trusting societies are richer, safer, more cohesive and democratic."

Overall, Canada is a trusting country. Those in British Columbia show the highest levels of trust, followed by the prairie region and Ontario. People in Quebec, however, have significantly lower levels of trust than other Canadians, but Wu found when they moved to other regions of the country, their trust in strangers didn’t change. This holds true for both Quebec migrants and non-migrants.

The opposite was also true. When Canadians from other more trusting provinces moved to Quebec, they remained more trusting.

“This was especially true when the moves happen as an adult as opposed to making the move when still a child,” said Wu. “Trust seems to be established early in life so that by the time a person is an adult their level of trust is stable.”

Wu analyzed data from the 2013 and 2014 Canada General Social Survey.

The paper, “How stable is generalized trust? Internal migration and the stability of trust among Canadians,” was published in the journal Social Indicators Research.