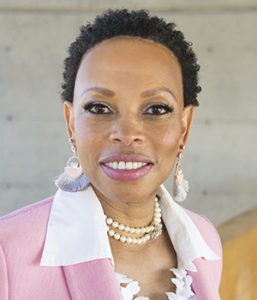 At a time where discussions around anti-Black racism are proving to be critical, Humanities Professor Andrea Davis has stepped into a year-long role that aims to position LA&PS in the centre of this discourse.

On Sept. 1, Davis began her term as Special Advisor on LA&PS’ Anti-Black Racism Strategy, a position that was developed by LA&PS’ Dean’s Office as part of the Faculty’s comprehensive response to combating anti-Black racism.

Davis, a leading academic in Black diasporic studies, took the role on because she felt there was a genuine desire within the Faculty to intervene meaningfully in these conversations. “I took on this role with an understanding that there was a willingness and openness to create a space in which change could begin to happen,” Davis said, adding, “all of us – faculty, students and staff – need to understand that this is a beginning, a late beginning, but a beginning nonetheless and so, these conversations cannot end after a year. It is important for me that this role be taken really, really seriously.”

Historically, Davis said, anti-Black racism has roots in the Americas that go back more than 400 years and are embedded in institutional policies within academia and the wider society that persist today.

“There is a kind of repeating cycle of sameness that is burdensome and tiresome and painful and frightening,” she said, adding, “I would rather not be here, I’d rather the circumstances didn’t demand that I take on this role while I’m on sabbatical, so I am conflicted in that way, but it was a moment I could not ignore.

In academic institutions, this shift is incredibly difficult to attain, Davis said. However, LA&PS has begun to make inroads in this regard. For example, the Black Canadian Studies Certificate, launched in 2018 and spearheaded by Davis, has seen an almost 100 per cent enrolment increase in the last three months, going from 35 to almost 70 students. This significant upsurge is a testament to a growing interest in academic discourse around Blackness.

“There is a heightened desire from students to understand how to locate what they’re feeling within a set of knowledges that can help them articulate what they are going through,” Davis said.

She hopes that LA&PS will one day have a full degree major focusing on Black studies that students can do independently or combine with something else. Teaching for her, is a space where she feels she can make the most difference and encourage students to pursue scholarship that is intersectional and impactful.

Along with teaching, her own research is grounded in the literature, fiction, poetry and theatre of Black women in the Caribbean, Canada and the United States. She is currently completing a book, Horizon, Sea, Sound: A Cultural Critique of the Nation.

Leaning into her comprehensive background in Black diasporic studies, one of her first priorities as special advisor will be moderating a LA&PS Teach-In on Sept. 18, in conjunction with scholars from the University of Toronto, Ryerson University, OCAD and York, to discuss how Black scholarship engages and interprets Black life in Canada and other Black diasporas.

“I’m really excited about it, because it extends the conversation beyond York but it also positions LA&PS as a leader in those conversations, which I think we should be, given the diversity of our student body,” she said.

As special advisor, Davis will also establish and chair an advisory committee consisting of faculty, students and staff, that will help come up with concrete recommendations to be presented to the dean.

She anticipates having meaningful engagement on anti-Black racism with members of the LA&PS community throughout the year and can be confidentially reached at lapsspecialadvisor@yorku.ca.

“I am here for the community and I am committed to pushing the Faculty and University towards creating a more inclusive and liveable environment for Black students, faculty and staff. This is hard work that will require all of us to share honestly about what needs to be done.”